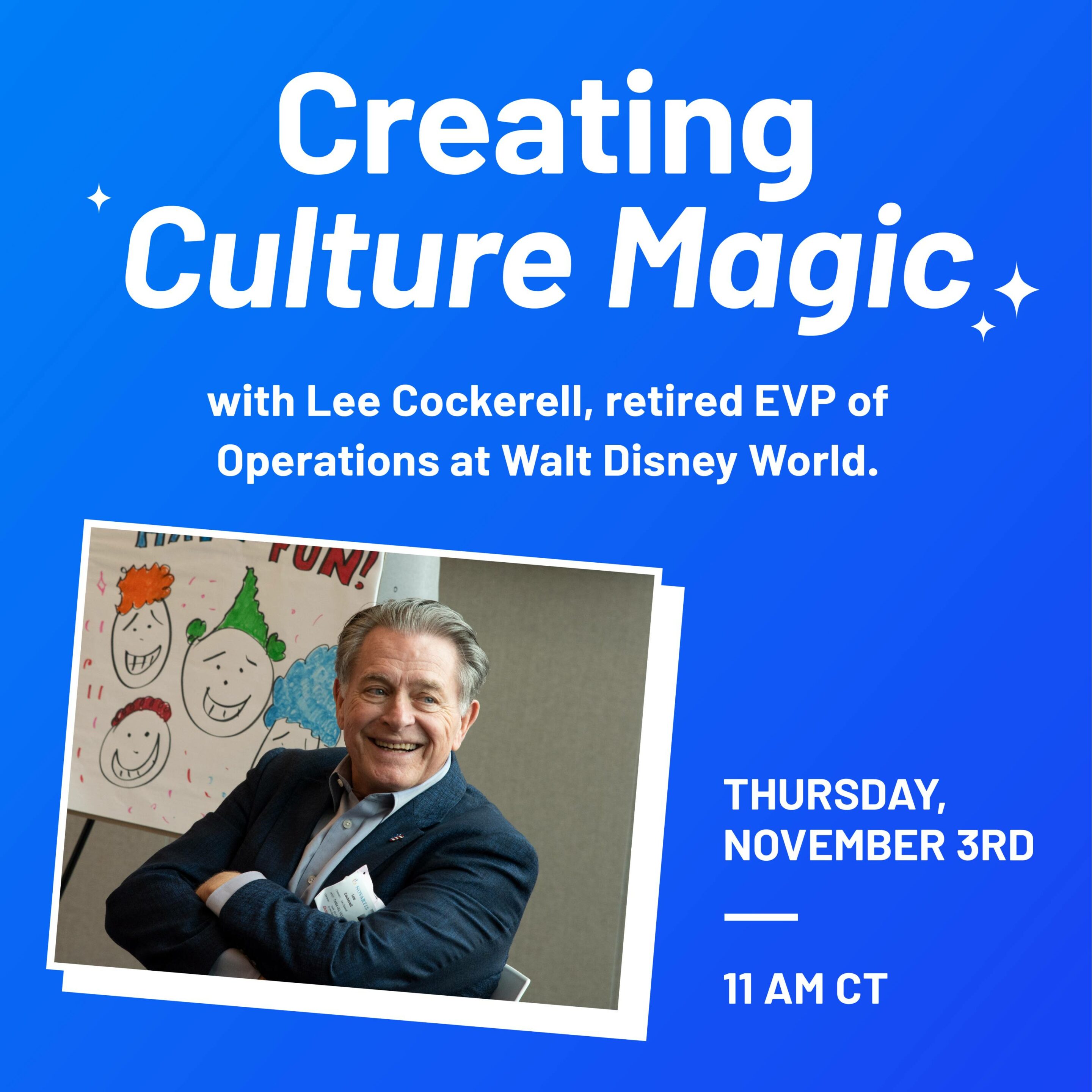 Lee Cockerell is the former Executive Vice President of Operations for the Walt Disney World® Resort. In this 45 minute webinar, Lee will be sharing his thoughts and tips on creating culture magic within your team and organization at large. You will also be invited to submit your own questions for Lee!

As the Senior Operating Executive for ten years, Lee Cockerell led a team of 40,000 Cast Members and was responsible for the operations of 20 resort hotels, 4 theme parks, 2 water parks, a shopping & entertainment village and the ESPN sports and recreation complex in addition to the ancillary operations which supported the number one vacation destination in the world.

One of Lee’s major and lasting legacies was the creation of Disney Great Leader Strategies which was used to train and develop the 7000 leaders at Walt Disney World. Lee has held various executive positions in the hospitality and entertainment business with Hilton Hotels for 8 years and the Marriott Corporation for 17 years before joining Disney in 1990 to open the Disneyland Paris project.

Lee has served as Chairman of the Board of Heart of Florida United Way, the Board of Trustees for The Culinary Institute of America (CIA), the board of the Production and Operations Management Society and the board of Reptilia a Canadian attractions and entertainment company. In 2005 Governor Bush appointed Lee to the Governor’s Commission on Volunteerism and Public Service for the state of Florida where he served as Chairman of the Board.

He is now dedicating his time to public speaking, authoring a book on leadership, management and service excellence titled, Creating Magic…10 Common Sense Leadership Strategies from a Life at Disney. which is now available in 13 languages and his latest book, The Customer Rules…The 39 Essential Rules for Delivering Sensational Service. Lee also performs leadership and service excellence workshops and consulting for organizations around the world as well as for the Disney Institute. Lee has received the following awards;